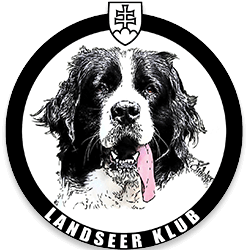 GENERAL APPEARANCE: The Landseer should convey the impression of a tall, powerful and well balanced dog. The legs are comparatively longer than those of the black Newfoundland – especially in the male.

HEAD: Scalp should be free from wrinkles, covered with short, fine hair. Head should be strikingly modelled, with noble expression.

Stop: Decided, however not as pronounced and steep as in the Saint Bernard Dog.

Lips: Clean, black ; the as tight as possible and no drivelling upper lip slightly overlapping the lower.

EARS: Medium size. Reaching inner corner of eyes, when drawn out. Triangular shape, with slightly rounded tips. Set high on head, however not too far back. Carried close and flat to sides of head.

Ears covered with short, fine hair. Fringes of longer hair to be found only at back part of root of ear.

NECK: The neck- muscular and broad – should not be quite round but rather eggshaped in cross-section, symmetrically set and obliquely placed in shoulders. Length of neck from occiput to withers to be approximately ¾ to 4/5 the length from occiput to tip of nose. Pronounced dewlap undesirable.

Back: Straight and level.

Croup: Broad, well rounded at sides and backwards by powerful bolster of muscles.

Chest: Between the very muscular shoulders the chest is deep and broad corresponding to well sprung ribs.

Belly: Slightly tucked up. Clearly visible flat depression between belly and loin. Weak or hollow back, weak loins, too short false ribs and too much tuck-up of the belly are faults.

TAIL: Strong, reaching slightly below hocks at the most, well covered with dense, bushy hair, however not flaglike.

General appearance: Strong muscles descending from shoulders and surrounding a well boned humerus are connected in correct angulation to the massive bones of the seen from front absolutely straight and muscular forelegs. Legs slightly fringed down to pastern.

Elbows: Close to body at the lowest point of brisket; distance from ground to elbows rather high; elbows pointing straight to the rear.

Forefeet: Large, well shaped cat-feet. Splayed or turned out feet are objectionable. Toes connected by webbing, which should be strong, almost reaching tip of toes.

General appearance: The hindquarters are throughout very sturdy.

Hindlegs to move freely; they should have strong bone embedded by powerful muscles. Hindlegs to be moderately fringed.

Dewclaws: They are objectionable; they should be removed as soon as possible after birth. Cowhocks or insufficient angulation are faulty.

Hind feet: Large, well shaped cat-feet. Splayed or turned out feet are objectionable. Toes connected by webbing, which should be strong, almost reaching tip of toes.

Hair: The top coat – with exception of the head – should be long and as straight and dense as possible, soft to the touch, with good undercoat, which is not as dense as in the black Newfoundland.

Slightly wavy coat on back and hindquarters is not objectionable.

When brushed wrong way it falls back into place naturally.

Colour: Main colour of coat is a clear white with distinct black patches on body and croup.

Collar, forechest, belly, legs and tail must be white. Head black, with white muzzle and white symmetrical blaze – neither too narrow, nor too wide – extending from muzzle over head to the white collar, being considered a definite breeding goal. Ticking still occuring in the white not to be penalized, but should be bred away.

FAULTS: Any departure from the foregoing points should be considered a fault and the seriousness with which the fault should be regarded should be in exact proportion to its degree and its effect upon the health and welfare of the dog.

descended into the scrotum.

• Only functionally and clinically healthy dogs, with breed typical

conformation should be used for breeding. 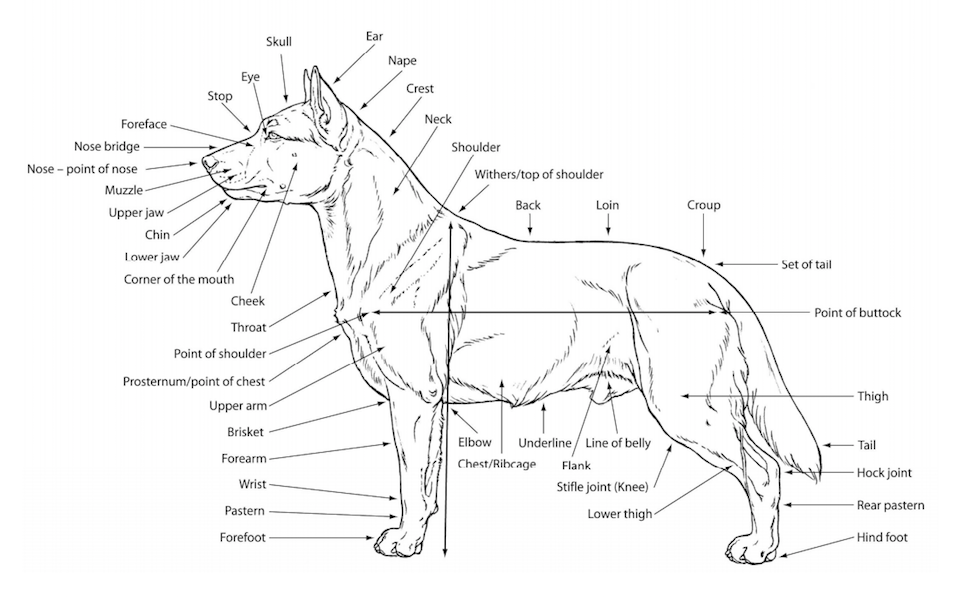 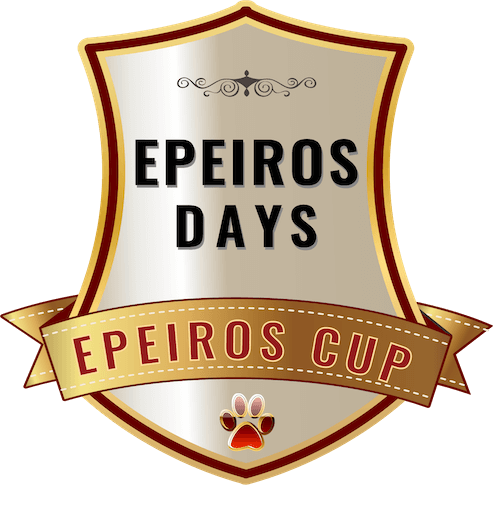 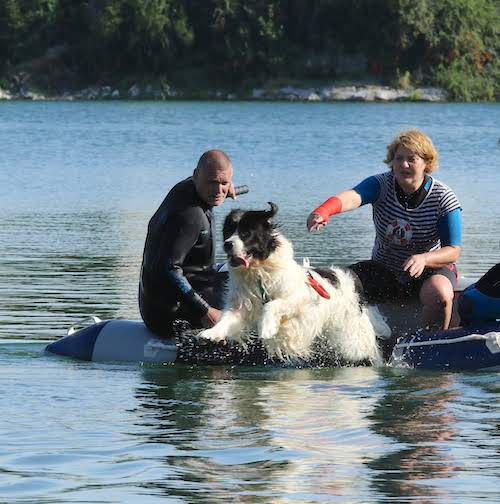